Edit: The new book has been published in English by Westminster John Knox Press and is available for order here!

Any fellow Moltmanniacs who were saddened at the thought that Ethics of Hope would likely be Moltmann’s last book will be pleased to hear that he released new book earlier this year: Der lebendige Gott und die Fülle des Lebens: Auch ein Beitrag zur gegenwärtigen Atheismusdebatte, which translates to “The living God and the fullness of life: A contribution to the current atheism debate.” I’m told that an English translation will be announced in the coming months (I’m not sure what the title will be). In the meantime, those of you who are able to read German can download the Kindle version of this book here. The rest of us will have to wait a year or two!

Here is the description from the German Publishers website, as translated automatically via Google Chrome (which is why the wording is a bit awkward in English!):

A life that God has found, is fulfilling life
Modern Life without God is reduced life. Jürgen Moltmann shows which promise to dwell therein, to trust the living God. His starting point is the biblical experience of unconditional nearby, the courteous love and the inexhaustible vitality of God. God is not immovable, impassible and the people away. What it means to live in this neighborhood, love and life of God, that’s the point of part two. In the freedom and friendship God’s love for adult life, awakening the senses and courage to think and act. This human life is lived truly and really. Jürgen Moltmann has written a wise, to equal-wise and very personal book. It brings together experiences of a long life and insights into the limitations and possibilities of our existence.

I can’t wait to read it! 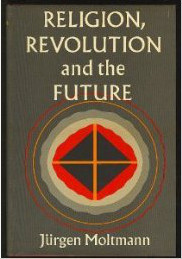 Religion, Revolution, and the Future by Jürgen Moltmann

Moltmann spent a year as a visiting professor at Duke University between 1967 and 1968 – just after the English Translation of Theology of Hope had been published. During that time Moltmann traveled the United States and gave lectures at various colleges and seminaries. Religion, Revolution, and the Future is a collection of those lectures. And it is excellent.

Below is a reading from “The Revolution of Freedom,” which was presented as an Alden-Tuthill Lecture at Chicago Theological Seminary on Jaunuary 23, 1968. Moltmann here paints a vision for a community that is very different than what most of us in Christian churches are used to: A community based not on all our confessional answers about God, but on unsolved asking for God.

END_OF_DOCUMENT_TOKEN_TO_BE_REPLACED

The folks at Fortress Press were kind enough to hook me up with a digital review copy of Moltmann’s newest book in English, Jürgen Moltmann: Collected Readings. It includes key selections from some of Moltmann’s most important works from Theology of Hope to Ethics of Hope (though I was slightly disappointed to see that The Church In The Power of the Spirit and Experiences in Theology don’t make appearances!).

The Introduction by Richard Bauckham is an excellent short overview of Moltmann’s overall project, and you can read it in full as part of the free preview over on Fortress Press’ website. I plan to post a review of this collection once I get to the end of it, but may share a quote or two here along the way. Here is one that really hit home with me from Theology of Hope: END_OF_DOCUMENT_TOKEN_TO_BE_REPLACED

This post is a part of my ongoing (slow and steady) blog series on The Crucified God by Jürgen Moltmann (CG). You can view the other posts in this series here. In case you missed it: The Crucified God is currently available as a free ebook via Logos (October 2014 only!)

According to Moltmann, “a central difficulty for early christology was the undisguised recognition of the forsakenness of Jesus.” (227) There was a tension between the theistic notion of God, who cannot change, suffer and die; and Jesus (whom Christians claimed to be the incarnation of God), who suffered and died on the cross.

The church worked through this problem in its development of the doctrine of two natures: Jesus had a divine nature, and a human nature. Unfortunately, “traditional christology came very near to docetism, according to which Jesus only appeared to suffer and only appeared to die abandoned by God: this did not happen in reality.” (227) If God is above suffering and immortal, salvation means humans getting to experience God’s immortality: “The theistic concept of God according to which God cannot die, and the hope for salvation, according to which man is to be immortal, made it impossible to regard Jesus as really being God and at the same time as being forsaken by God.” (228) And so, Athanasius famously said, “God became man that we men might participate in God.” END_OF_DOCUMENT_TOKEN_TO_BE_REPLACED

Miroslav Volf is certainly one of Jürgen Moltmann’s most famous students. He is best known for Exclusion and Embrace, and I personally found the way that he intertwined his own story into a very straightforward telling of the Gospel to be very powerful in Free of Charge (his book on public theology was pretty darn good too). Readers of this blog will recognize him as Moltmann’s conversation partner in the recent video on A Theology of Joy. Volf’s most recent work, diving into the world of inter-religious dialog between Christians and Muslims, is Allah: A Christian Response.  I haven’t read this book yet, but I have watched a very helpful lecture that he gave on this topic (embedded below), which was enough for me to put it on my wish list. And now is the time to get it, because I learned today that HarperOne is offering the Kindle version for $2.99 through October 12.

Not quite as exciting as a free Moltmann book, but I still thought it was worth passing on! END_OF_DOCUMENT_TOKEN_TO_BE_REPLACED

Every once in a while, you read a book that changes everything. The Crucified God was one such book for me. I’ve been slowly blogging through this book over the last several months, and you can find a list of those posts here.

It is definitely not the easiest of his books (I’ve recommended some better starting places here), but according to to Moltmann himself, it is his most important work.

Download your free copy from Logos here. You will also find at that link an offer to purchase an ebook of Theology of Hope for just 99 cents. This is an offer too good for any Moltmanniac to pass up on!

While you are there, you can sign up for a chance to win the entire Jürgen Moltmann Collection!

This blood-stained copy of El Dios Crucificado (The Crucified God) is on display at a museum in San Salvador, not far from where six Jesuit priests were brutally murdered. For more about this event, see this post: