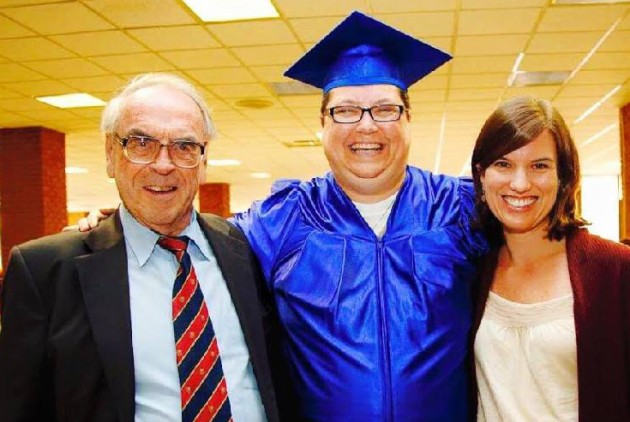 I’ve shared a bit before about Jürgen Moltmann’s relationship to death row inmate (and fellow theologian!) Kelly Gissendaner (which received national attention via a story in the New York Times, and later other news outlets). On Monday, June 22, at the 2015 Karl Barth Conference, Jürgen Moltmann participated in a panel discussion with Eric Gregory and Dan Migliore. At the end of this conversation (prompted by Migliore), he shared a prepared statement telling the heartfelt story of how he came into friendship with Kelly Gissendaner. This portion begins at about 1:52:13 in the video embedded below. I’ve also typed up a transcript of his words for easy access, which you’ll find below the video. In the final paragraph he expresses a profound disgust for the retributive justice of the American prison system, offering a concise summary of his critique of the death penalty. Moltmann has long been firm in his opposition to the death penalty (see here and here), seeing this opposition as an expression of “protest hope“.

Panel Discussion with Moltmann, Migliore, and Gregory at the Karl Barth Conference

Transcript of Moltmann’s Comments on Gissendaner and the Death Penalty

I learned to know Kelly Gissendaner by chance or providence (which is very much the same). In 2005, I gave a lecture in Charlottesville and met Jenny McBride in Charles Marsh Bonhoeffer House. She had written an excellent dissertation on Bonhoeffer and was asking what to do after years of academic life. My advice was go to Atlanta to the Open Door Community and work with the jobless and homeless people and with prison chaplaincy. After a year she was engaged with a theology studies program in prison, and taught Bonhoeffer and Moltmann in a woman’s prison. And there she met Kelly Gissiendaner who was for the murder of her husband since many years on death row. And Kelly wrote a paper on Bonhoeffer which Jenny sent to me. It was astonishingly good. And then Kelly asked if she could write letters to me. And so a theological correspondence emerged. Up to now there are at least 30 letters and cards on theological and personal questions. But not of confessions of her side. I denied that. The prison chaplain heard her confessions, and I admired Kelly’s strengths of faith under the burden of a stone on her shoulders with the guilt of murdering her husband. My desire was to build her up as a theologian in prison, to be a pastoral caretaker for her fellow prisoners. She was developed from a bitter and self-centered human being into a mentor and mother figure in the women’s prison when I met her (“Momma Kelly”, as the younger prisoners called her).

In October 2011 I was invited to speak at the graduation ceremony at the Arrendale women’s prison for her class. I saw an American prison for the first time from the inside – no inhumane signs, no human signs either. Kelly gave a speech and her tears of what theology meant to her. And a Muslim girl who attended the biblical classes spoke of how much the biblical stories meant to her. And I gave a speech on the church behind barbed wire, because I remembered my own 3 years as a prisoner of war behind barbed wires, the temptation to give oneself up, to become bitter and cynical, and the consolation to find christ behind barbed wire. Afterwards Jenny and I had an hour to talk to Kelly privately in a room without handles. She had a real hunger for theology, and I had to send all of my books in English to her for examination. She wrote a spiritual book for her fellow prisoners on the journey of hope in faith.

And then in December last year, she received the date of her execution, February 25, 2015 at 7PM. I wrote some words of consolation and as a sign of solidarity sent a hankercheif with the words, “When the tears are coming, take my hankercheif”. She answered the hankerchief you sent was the most heartfelt thing that I have gotten in my 18 years that I have been locked up. And then came February 2015, and the board of parole and pardon denied clemency, because the family of the husband demanded retribution or revenge. I was deeply disappointed, also of God, because I had prayed daily for her life. I wrote a letter to prepare her spiritually for death by execution. And when the time came on Febuary 25, I lit a candlight and thought of Kelly. But the first surprise came next morning. There was an overnight snowstorm in Georgia and they couldn’t transport the prisoner to the men’s prison in Jackson where they had the facilities for execution. The time of execution was shifted to Monday March 1 at 7PM. I lit a candle again, and prayed for her. And the second surprise came next morning, because the execution drug had spoiled they switched the execution to indeterminate time. She wrote to me: “God is so good, so good.” And I blamed myself for not trusting God more. His providence can be so tricky and clever. But she was 3 hours before her execution twice, had her last meal, and was prepared, and now is still healthy in her mind and full of trust in her heart. I hope that next time clemency is granted and she can follow her calling to take spiritual and personal care of the inmates of the prison, and of the prisoners and the wardens.

The result: I am disgusted at the inhumanity of the American prison system. It is pure punishment, not educational justice. I am unconditionally against death penalty after the crucifixion of Jesus Christ for all the sinners. We cannot condemn sinners to death. And a democracy is a government of the people, by the people and for the people. And the people are told “thou shall not kill.” The government of the people shall not kill. Only dictatorships today use the death penalty. And people can change. There is always for everybody hope to change. And we must not nail a person down to the crime once committed. We condemn the sins but we love the sinners. So we must separate the person from the deed, and give the person a new chance.

Jürgen Moltmann was featured in a New York Times article about death row inmate Kelly Gissendaner on 2/28/2015. The photo with Moltmann from the article was taken at Gissendaner’s graduation from a prison theology program in 2011.

Yesterday The New York Times featured Jürgen Moltmann for the unlikely friendship that has been forged between he and Kelly Renee Gissendaner, a death row inmate in Georgia who is scheduled to die by lethal injection tomorrow. Gissendaner learned of Moltmann through a prison theology program, finding Theology of Hope to be especially inspiring. Since Gissendaner first wrote to Moltmann in 2010, they’ve exchanged many letters, and Moltmann made it a point to travel to Georgia in 2011 order to speak at Kelly’s graduation from the program. A friend of Kelly’s who is a member of the  Jürgen Moltmann Discussion Group on Facebook shared there that in January professor Moltmann sent Kelly one of his own hankerchiefs “for the tears.” Moltmann told the New York Times that “If the state of Georgia has no mercy, she has received already the mercy of heaven.” He is clearly hoping and praying that the state will be merciful to Kelly, as am I. If you haven’t had a chance to learn about Kelly, I encourage you to read the Times article, and watch this video about Kelly’s story. END_OF_DOCUMENT_TOKEN_TO_BE_REPLACED